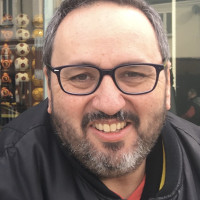 Adam became a Christian through a UCCF mission during his time as an undergraduate in Cambridge. After two years with Operation Mobilisation, he was one of the first intake of the Civil Service's European Fast Stream, moving to start work as an official in the European Parliament in 1997. During more than 20 years there, he has held both political and non-political roles, including being the Deputy Secretary-General of the European Conservatives and Reformists Group from its inception in 2009 until 2012. Since then he has been Head of the Secretariat of the Conference of Presidents, the highest political body in the Parliament, and is currently Head of the Parliament's Transatlantic Relations Unit. He is a member of St Paul's Tervuren, an English-speaking Anglican Church just outside of Brussels.