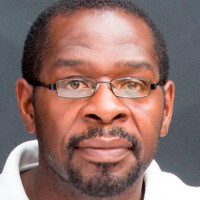 Raymond was born in Birmingham, England to Jamaican parents. He grew up in London and was raised alongside his twin sister by his maternal grandmother.

After his 'A' levels, he did a science decree at Kings College London, where he was involved in co-leading the Christian Union. He spent a year as a church apprentice at a large Anglican church in central London,

He later worked as a science teacher in Tower Hamlets and Harringay before entering full time Christian ministry. For nine years he and his wife served as missionaries church planting in Durban, South Africa.

He is currently the minister of East London Tabernacle. Raymond is married to Rebekah and they have four children: Naomi, Nathanael, Natalia and Noah.

In his spare time he enjoys watching movies, swimming, reading and cycling around south east London.